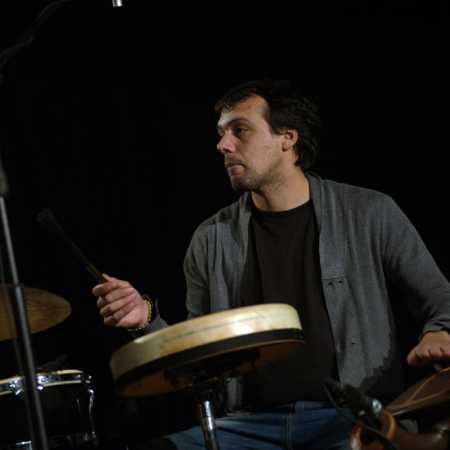 Agustín Diassera started playing with local groups from a young age. His musical restlessness lead him to investigate different timbres and musical styles as a percussionist, while at the same time studying flute and harmony under Antonio Mesa. In 1999, he began his studies at the University of Huelva specializing in Music Education. Shortly after completing his degree, he received a grant to study the Indian Tabla at the Indians Institute of Art and Culture in London with Shiv Shankar. On his return to Spain in 2003, he continued his career as a musician and has worked with artists such as Joaquín Cortes, Manolo Sanlucar, Archangel, Jose Antonio Rodriguez, Juan Carlos Romero, Enrique Heredia “Negri” Falete, Esperanza Fernández, Miguel Poveda, Pepe Roca, Matt Bianco, Trio Arbós, Mauricio Sotelo, Theodosii Spassov, and Fami Alqhai among others. As a composer his latest projects have been the piece “Metaphor” with the Symphony Orchestra of Cordoba, for Ballet Flamenco De Andalucía, as well as Architecture of Shadows for the dancer Rubén Olmo.