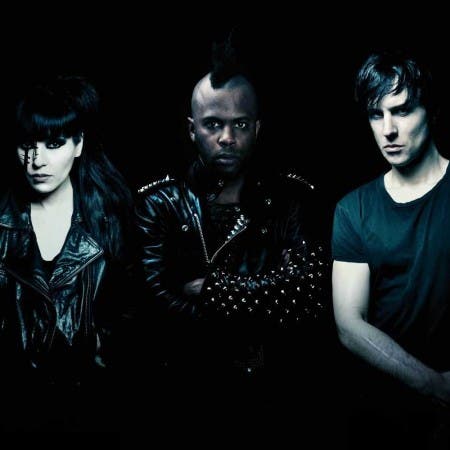 Atari Teenage Riot was set up by Alec Empire in the early 1990s in Berlin of the transformation era. With the fall of the Berlin Wall, the contemporary alternative scene received a new dose of energy and new possibilities. This creative moment in history gave birth to many original projects and art trends. One such phenomenon was Atari Teenage Riot which at the time consisted of Hanin Elias, Carl Crack and the aforementioned Alec Empire. After their 1997 release, Burn Berlin Burn, Atari Teenage Riot gained the status of the legends of the underground, giving concerts all over the world and performing among others, with Nine Inch Nails, Rage Against the Machine, Beck or Jon Spencer Blues Explosion. In 2001, the band went through a major turning point in their history, namely Carl Crack’s tragic death and the band’s subsequent break. After many years, which the remaining band members devoted to solo projects, Atari Teenage Riot reformed in 2010 with a new vocalist; CX Kidtronik. As Alec Empire says nowadays, Atari Teenage Riot’s task is to keep looking for contemporary language in music and to bring across current and important messages to the listeners.