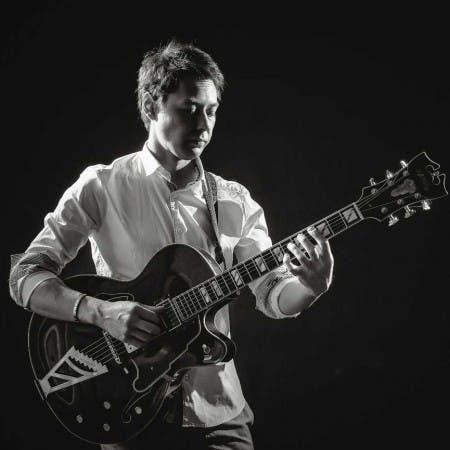 Artur Akhmetov – guitarist, composer, didactic teacher. He currently lives in New York. He comes from Ufa. At the age of 16, he began to study jazz at the Music Academy in Moscow. After several years of playing in various jazz projects and working as a session musician, he went abroad to continue his studies at the Conservatorium van Amsterdam, among others in the classes of Jesse Van Ruller and Jonathan Kreisberg. He composed his own songs for sextet, with which he toured throughout Europe. After a few years of musicing in Amsterdam, he moved to New York in 2018, where he continues as a jazz musician.