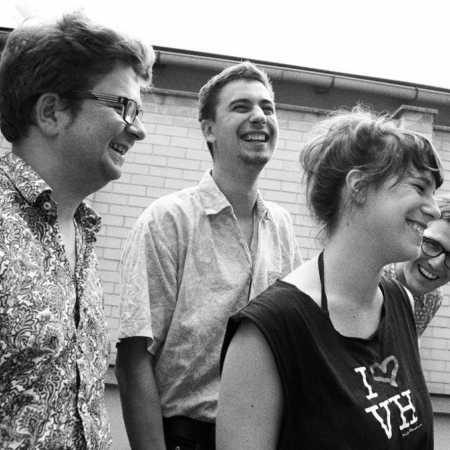 “This band is not poppy, even when playing pop. It has a likeable sound and catchy melodies of their songs which do not have pop structures.” That is how they characterize themselves. This Prague´s synthetic pop band does not wait for anything. They met in 2015 and released their debut album Nocturne already at the beginning of December. The band was founded by the guitarist Martin Přikryl (The Prostitutes) and Zdeněk Lichnovský (Blacksheepboy, Peter Pan Complex), which resonates with the singing of Teresa Vytisková, a sister of the more famous Klára. The foursome is then accompanied by dance drums of Petr Matoušek (Different Light, Pale & Coy, Haager). “We do not want to sound like a Berlin, London, Manchester or New York group. We’re a band that originated in the underground of Vinohrady. That´s what Prague sounds like.”