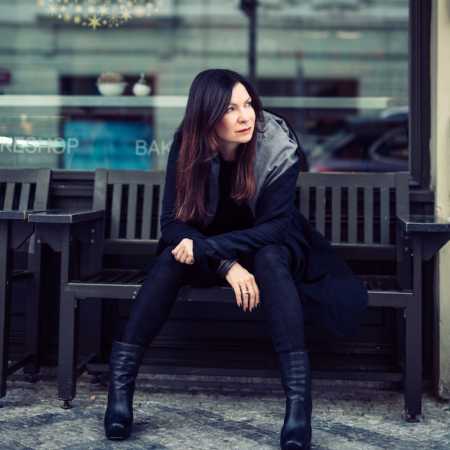 Anna K. comes from Spindleruv Mlyn, and she studied music and drama at the Prague Conservatory. She has been a member of the Semafor Theater since her childhood, from which she left after 20 years. She made her first album in 1993, but her breakthrough in her career came in 1999 with the album Nebe, for which she received the Angel of the Year and the Singer of the Year awards from the Academy of Popular Music. After getting acquainted with guitarist Tomáš Vartecki, they released the award-winning albums Stačí když se díváš, Noc na zemi and Večernice. She summed up her career on a selection album Best of 93-07 and a DVD with a concert record. In 2017, Anna K. released an album called Svetlo after a six-year break.