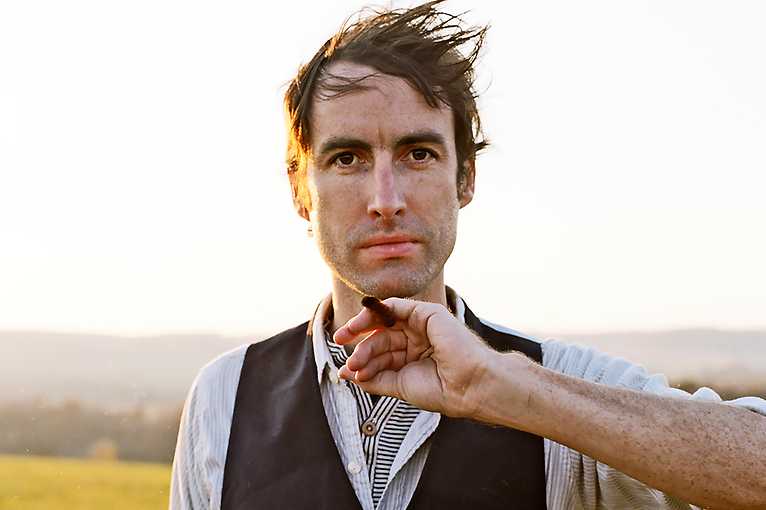 Andrew Bird is a hugely versatile and internationally recognized musician. At the age of four, he began to play the violin and, over the years, acquired a classical repertoire – exclusively through his hearing. Later, he expanded his spectrum in all directions. Folk, so-called world music, Pop, Klezmer: in everything he seems to be perfect. In recent years, he has appeared as Whistling Caruso in Disney’s film The Muppets, he wrote the theme tune for the Baskets series, appeared at the New York Festival and created the sound installation Sonic Arboretum, together with the inventor and sculptor Ian Schneller, which is to see and hear at the Guggenheim Museum in New York, the Institute of Contemporary Art in Boston, and the Museum of Contemporary Art in Chicago. He has also shot some short films in particularly resonant locations such as a canyon in Utah, an old sea bunker or an aqueduct in Lisbon under the title Echolocations, recorded 13 albums and played all the great halls of the world from Carnegie Hall to the Sydney Opera House. At the moment he is working on the 14th record, which will be released next year and of which the title Bloodless has recently been released. But all these merits fade when Andrew Bird comes on stage. What the multi-instrumentalist creates with violin, guitar, glockenspiel and samplers is equally elegant, melodic and intimate. And sometimes just magical. He strokes, plucks and whistles through his universe of pop music with a virtuosity that is second to none. Blessed with a gifted talent for songwriting, he leaves behind most composers of electronic and underground music. His unconventional violin playing is in the foreground, his band accompanies him congenially with everything that sounds. With his melancholic voice or his unique, dreamy whistling, Bird already plays in the first league of American singer/songwriters. In Germany, too, he enjoys a legendary reputation among connoisseurs. Anyone who has experienced one of his rare shows knows why. In June, Andrew Bird comes to Berlin for an exclusive concert.