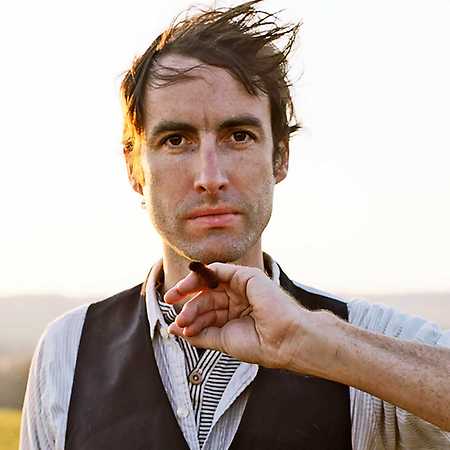 Andrew Wegman Bird (born July 11, 1973) is a hugely versatile and internationally recognized musician. At the age of four, he began to play the violin and, over the years, acquired a classical repertoire – exclusively through his hearing. Later, he expanded his spectrum in all directions. Folk, so-called world music, Pop, Klezmer: in everything he seems to be perfect. In recent years, he has appeared as Whistling Caruso in Disney’s film The Muppets, he wrote the theme tune for the Baskets series, appeared at the New York Festival and created the sound installation Sonic Arboretum, together with the inventor and sculptor Ian Schneller, which is to see and hear at the Guggenheim Museum in New York, the Institute of Contemporary Art in Boston, and the Museum of Contemporary Art in Chicago. He has also shot some short films in particularly resonant locations such as a canyon in Utah, an old sea bunker or an aqueduct in Lisbon under the title Echolocations, recorded 13 albums and played all the great halls of the world from Carnegie Hall to the Sydney Opera House.