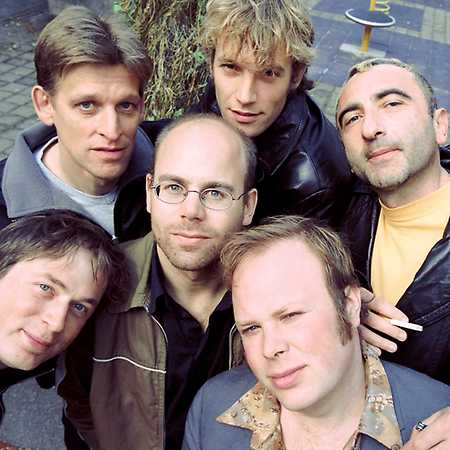 Amsterdam is a liberal city Bohemian artists, immigrant communities and unexpected musical surprises, including the Amsterdam Klezmer band, joining the street musicians with precision the exuberance of top players. The Group was founded in 1996 by saxophonist Job Chajes with Dutch teammates. Singer Alec Hooves but comes from the Ukraine, and the us is well known thanks to his work with the group with which the Poza in Prague even filmed their first album.

The Group’s repertoire consists mainly of klezmer, Jewish music, therefore, rural bands from Ukraine and the Balkans, whose continuity on the European continent, rip out the holocaust. In its original form it was dance music, related to the Roma and other styles of music from the Balkans, the workload of the traditional “klezmerbandů” were even with the gentile population of Jewish weddings. Klezmer has passed in the last 20 years of successful revivalem thanks mainly to the Klezmatics and the other American groups.

The birthplace of the Black Sea port of Alec Hooves is Odessa, who was 19. century life teeming metropolis. “Odessa, while lies on the Ukraine, but was established as a Russian fortress in the time of the Turkish invasions,” he explains. "Before the Soviet Union it was a duty free port of New Orleans, the Black Sea or Singapore. Did the black market, the mafia, in port at you could hear a variety of music styles. Which related to the varied composition of the population: here lived Greeks, Georgians, Armenians, Roma. And it was mixed and socially: in addition to the Jewish bankers there lived the Jewish workers and the Jewish mafia. "

Hooves is known for the “Ukrainian Tom Waits” primarily because the Repertoire and heart wrenching ballads. “You are originally Russian, but because I'm a Jew, I have the implied license to it that anything I play is a klezmer, by fall. Even if I played the Nazi also, it will be because I am a klezmer, Alec. ” – Translated by Automatic service