amiina is a band based in Reykjavík Iceland. At present the band counts five people. The group's origins go back to the late 1990s, when four girls studying string instruments at the Reykjavík College of Music formed a string quartet. The group started out playing classical music, but increasingly moved on to play all sorts of music with various bands in Reykjavík. In 1999 the quartet joined Icelandic band Sigur Rós on-stage. The collaboration continued for over a decade, with amiina contributing strings to Sigur Rós’ music on tour and in the recording studio on the albums ( ) , Takk, Með suð í eyrum við spilum endalaust and Valtari. 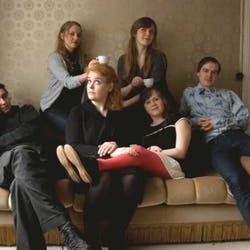 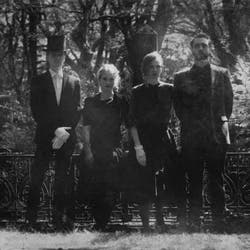 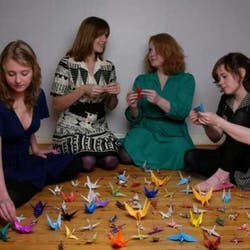 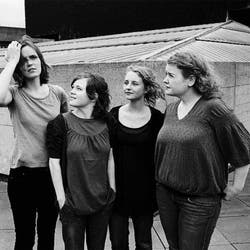