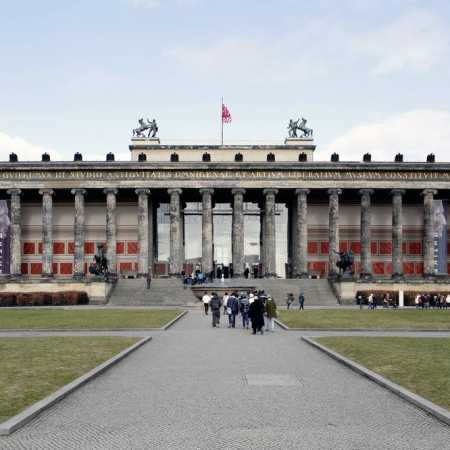 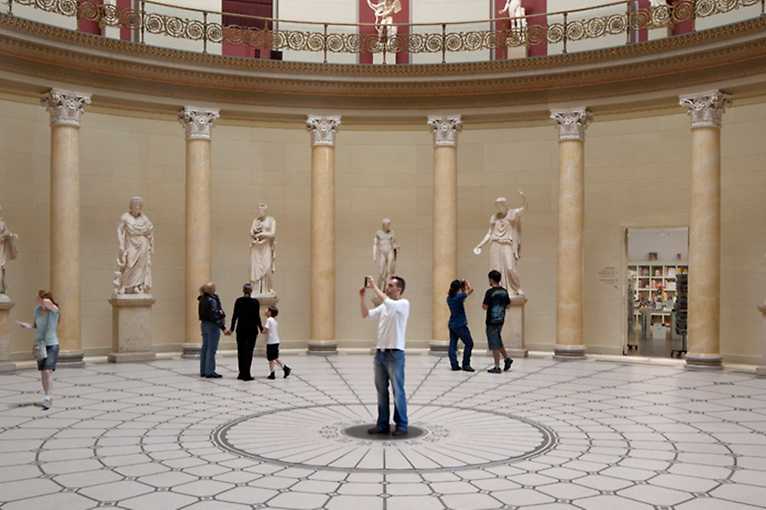 Karl Friedrich Schinkel’s Altes Museum, completed in 1830, is one of the most important buildings of the Neoclassical era. The monumental arrangement of eighteen Ionic fluted columns, the expansive atrium and sweeping staircase that invites visitors to ascend to the top, the rotunda adorned with Antique sculptures on all sides as a place to collect one’s thoughts and an explicit reference to Rome’s Pantheon: such signs of architectural refinement had previously only ever been seen in buildings designed for royalty and the nobility. The inscription on the portico reads: ‘Friedrich Wilhelm III has dedicated this museum to the study of all antiquities and the free arts, 1828’. Today the museum houses the Collection of Classical Antiquities, showcasing its permanent exhibition on the art and culture of the Greeks, Etruscans, and Romans. The Münzkabinett complements this sweeping overview of classical antiquity with its display of ancient coins.