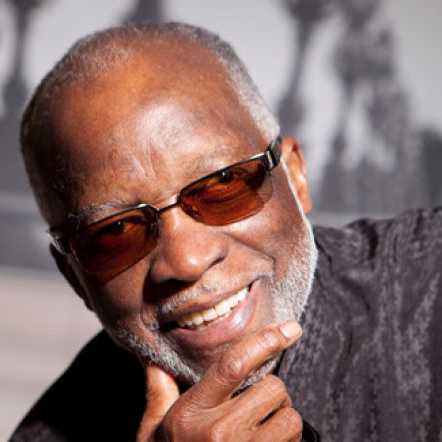 Ahmad Jamal is an American jazz pianist and composer. After graduating from high school in 1948, he began touring with George Hudson Orchestra. In 1950, you had to change the name to Ahmad Jamal and subsequently founded his own trio, initially called The Three Strings and subsequently renamed the Ahmad Jamal Trio. In addition to the other in it at different times played Bass players such as Eddie Calhoun, Israel Crosby, guitarist Ray Crawford, who was later replaced by drummer Vernel Fournier. In 1994 he was awarded the NEA Jazz Masters.

In terms of the development of jazz piano is especially Jamal melody, a sense of harmony and work with the dynamics, which many experts see as a link between rhythmic cascades Theo Monk and Bill Evans sophisticated sophistication. Renowned critic Stanley Crouch was praised as “the most important personalities of the postwar jazz, Charlie Parker,” but he always preferred a more efficient instrumentation and close monitoring of cardiac rhythm tracks from storm not a furious pace bebop. – Translated by Automatic service