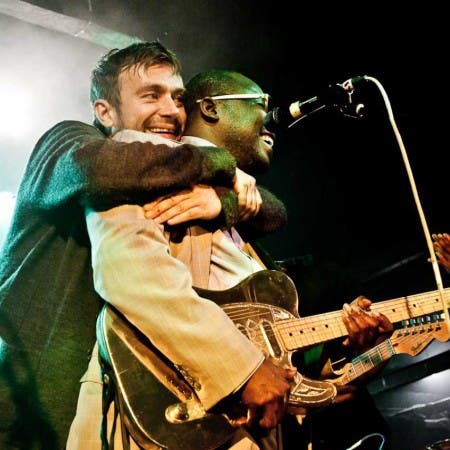 Africa Express was founded in 2006 to promote the concept of musical collaboration that breaks down boundaries and borders, whether between geographical regions, genres or generations. It has hosted a series of remarkable adventures that have won praise from artists, audiences and critics alike. These include five trips bringing together artists in Africa, four acclaimed albums and a series of inventive and highly-original shows in Britain, Europe and Africa. Past projects include a train tour around the United Kingdom as part of the 2012 Olympic festivites, playing the New Shrine in Lagos, performing to 50,000 people on a beach in Spain, staging the first show in front of Paris’s Hotel de Ville, reforming a 50-strong Syrian orchestra and recording the only African version of Terry Riley’s contemporary classic In C.