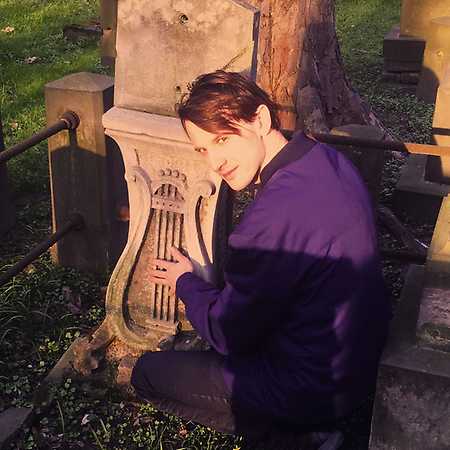 Adam Repucha creates austere folk ballads with visionary lyrics. Despite his scarce artistic output, he is regarded as one of the most original Polish songwriters. Youtube query shows only a bunch of old demos, some old performances, and Lepszy świt, an intriguing synth-folk single releasedin 2017. However, he is most well known from the song Zabierz mnie do morza that was featured in the Sundance-prized movie All These Sleepless Nights (in which he also starred). His performance was also recorded by Vincent Moon and presented as part of his popular video podcast, La Blogotheque. Adam’s unusual, emotional songs channel curious energy, as he effectively blends fingerstyle-driven, serene balladry, distantly resembling the likes of Donovan or Robert Wyatt, with synth licks and slides. His live performances involve a “traditional” one-man-with-a-guitar setting as well as singing to backing tracks.