On around 1.500 square meters there's five event venues at Acud today: Theatre, cinema, club, studio and gallery. Besides, there is a bar, three schools, a printery, a radio station, the offices of two festivals and several ateliers in the building at Berlin-Mitte. 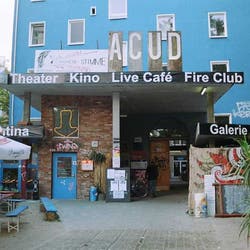 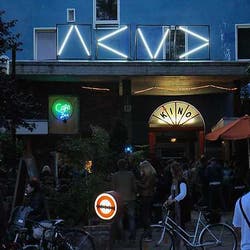