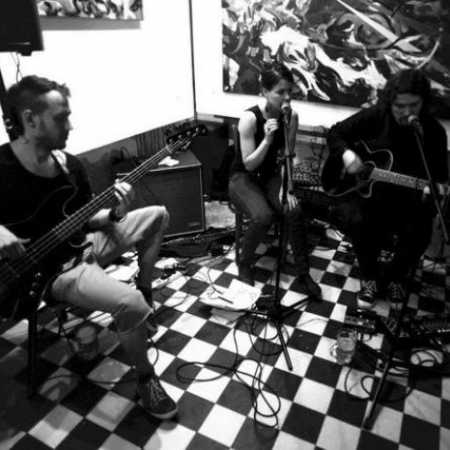 A group of Acoustic Fields was formed in mid-2014 as acoustic variation of the Narcotic Group Fields. However, it quickly became an autonomous entity a’s repertoire of own songs. From the earlier action is worth mentioning the participation at the Festival of Street Theatre Festival of the theatre of the container, or victory in Hustoles regional round competition Porta 2015. It uses the classic song format, while providing an alternative folk basis elements. – Translated by Automatic service