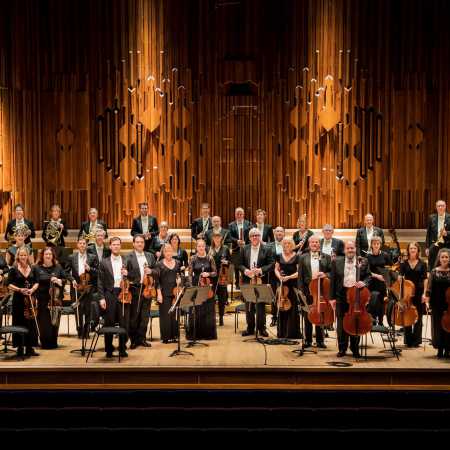 Info o umelcovi Academy of St Martin in the Fields

The Academy of St Martin in the Fields chamber orchestra was founded in 1959 in London by the British conductor Neville Marriner, who was also its lifelong president until his death in 2016. The orchestra got its unusual name from the church in London where it gave its first public performance. Thanks to its detailed attention to ensemble playing, perfection of style, and highly cultured sound, during its nearly sixty years of existence, it has earned a place of honour as one of the world’s best chamber orchestras, and in particular it soon set a high standard with its unrivalled interpretations of the music of Mozart. It gives concerts regularly in most of the countries of Europe with illustrious conductors and guest soloists. It has to its credit over 500 recordings for a variety of labels, making it among the world’s most frequently recorded orchestras. Its bestselling recording is the soundtrack to Miloš Forman’s film Amadeus. Its current music director is the violin virtuoso Joshua Bell.