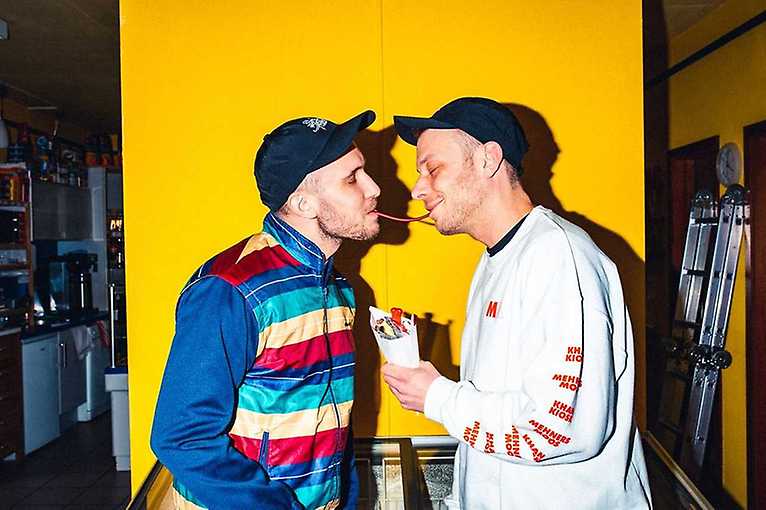 The 257ers come from Essen-Kupferdreh, a district in the south of the metropolis pot, so the rear of the Ruhr area. It is idyllic here: A quiet patch of land with a park, a forest, a supermarket – just not at all, as you imagine the pot. “We are the only dirt here,” joked the 257ers, “that must be in the air.” In fact, the 257ers really have a style – but with its very own humor and hip-hop definition, the 257ers have earned a huge fan base from Essen in recent years. The postal code of their hometown – 45257 Essen Kupferdreh – gave them their name.

After a two year break, the 257ers returned in 2016 with their long-awaited new album Mikrokosmos. With that, Shneezin and Mike rapped again on the throne! For the second time in their career, the hip-hop duo from Essen managed the leap to first place on the official German album charts.

The second single release Holz gave the two notoriety beyond Germany’s borders. At the moment, the video is available on YouTube at almost 35 million views – over 400,000 copies sold, going platinum. In addition to Holz, their hit Holland was awarded for over 200,000 units sold.

After an almost completely sold out Mikrokosmos Tour, the 257ers performed at festivals this summer including Southside / Hurricane, Frequency, Frauenfeld, Helene Beach and Chiemsee Summer. With their notorious live show, the Essenes have demolished every hall from Germany to Austria and Switzerland, earning a cult-like following of Mutanten. The two guys are currently working on their new album as well and are going on tour again in April 2018.