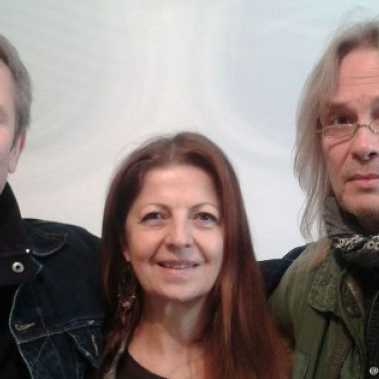 The two founding members of the band, bassist Jan Ivan Wünsch and guitarist Bohouš Zatloukal decided to build a characteristic “cover band” to play songs they liked and for which Wünsch, a lyricist not quite prolific in his original group, wrote excellent Czech lyrics. The vocalist at the time was Jarda Olin Nejezchleba who played in the band of Vladimír Mišík. The band ended as abruptly as it had started, leaving only a legend behind. It was impossible to renovate the band in the original lineup because of Wünsch’s death.

It was not until Bohouš Zatloukal left Luboš Pospíšil’s band last year: the necessary details were quickly negotiated and the guitarist agreed with his brother Vláďa (Hudba Praha, Jasná páka, Echt!) to rebuild the good old brand. They invited Jamajka Koblicová, also a former vocalist of Hudba Praha, to represent the ladies. The repertoire contains original material most of which was composed by Bohouš Zatloukal with lyrics prepared by the proven, established lyricists Pavel Šrut, Jan Kašpar, František Stralczynský, and others. The tracks are folk-rock songs and ballads built on two acoustic or electric guitars and singing, of course.