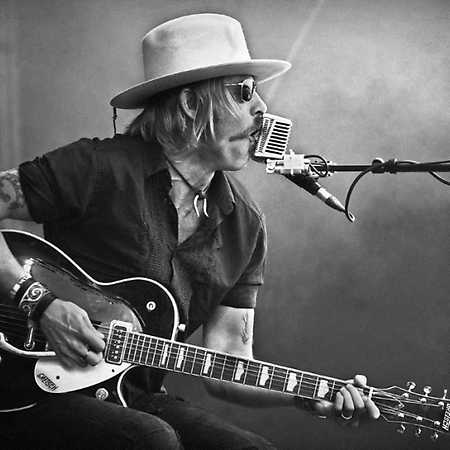 Wovenhand music history, started in 2001 as a solo project, Edwards, then still the frontman of 16 Horsepower, is now to listen to the http://wovenhand.bandcamp.com-nine albums including three year old živáku Live at Roepaen, which symbolically has ended the “world-folk” band and began a new era, as dark, but much louder and stronger. The report currently includes also a drummer and guitarist, Ordy Garrison, perkusistu Chuck French and bassist Neil Keenera (from Planes Mistaken for Stars and Git Some) and index of sounds, in particular, thanks to them, spread about punk rock and metal riffs. No wonder that last album, last year’s Refractory Obdurate, released on Deathwish Inc. record label. – Translated by Automatic service