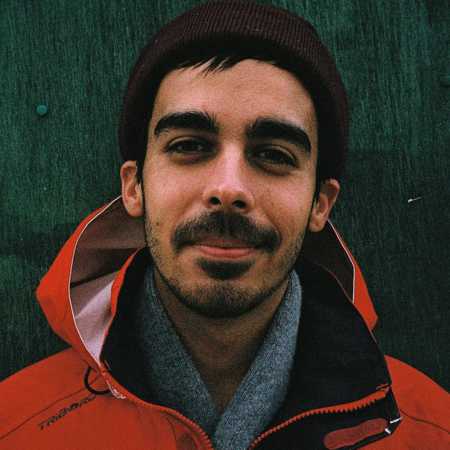 Will Samson  Meet Me At Home

Outside of the musical mold moves the British experimental musician Will Samson. His gentle, meditative tracks is the intersection between genres such as folk, electronics and ambient. A lover of the Himalayas and travel ever composed his impressive collages from classic instruments and field recordings or cassette of noise and its fragile songs recall should be the creation of Bon Iver or Benoit Pioularda. The last appointed after all guested on his last plate Ground Luminosity (2015) released on the French label Talitres.

The songs on this record Will Samson wrote on their travels in Europe and finished it on the northern coast of Portugal. The jímavých folk ballads are reverberating here and sofistkované electronic beats, which is enhanced by a special timeless atmosphere of the Board. “It's so heart-wrenching music, when it neodvažujete to talk.” wrote on the Board of the music magazine of the Clash. Samson flirts with Electronica Will also on the Joint Board Animal Hands with Berlin producer Heimer (Will Samson + Heimer, 2015). His older material has, however, closer to the independent folk-in 2011 debut album Hello Friends, hushed Goodbye Friends on the Japanese Plop label and subsequently filmed for the cult German label Karaoke Kalk similarly vyklidněnou collection Balance (2012). But it also has collaboration with Tom Demac (EPčko It Grows Again) or music for short films. It is also a member of the Group issuing on Morr Music Fenster. Discography: Hello Friends, Goodbye Friends (Plop, 2011) Balance (Karaoke Kalk, 2012) Will Samson + Heimer – Animal Hands (Karaoke Kalk 2015) Ground Luminosity (Talitres Records, 2015). – Translated by Automatic service