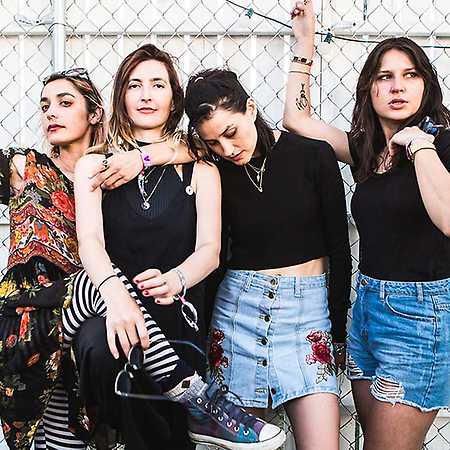 Warpaint is an American group, which consists of four girls from Los Angeles. Together they put together in the world. Valentine’s Day 2004. When listening to their music will take you into a dream world, atmospheric punk rock and narcotic, which roam and Cocteau Twins or Siouxie & The Banshees. Exquisite Corpse their EP mastered by John Frusciante of Red Hot Chili Peppers, and besides, he was originally in the Warpaint Josh Klinghofer, current guitarist of Red Hot Chili Peppers. The EP quickly swung straight to the top spot of the U.S. charts Amoeba Records label and has since enrolled in band considerably fan awareness around the world. Warpaint Steregum ranked among the best new band even before the eagerly anticipated debut, The Fool. – Translated by Automatic service