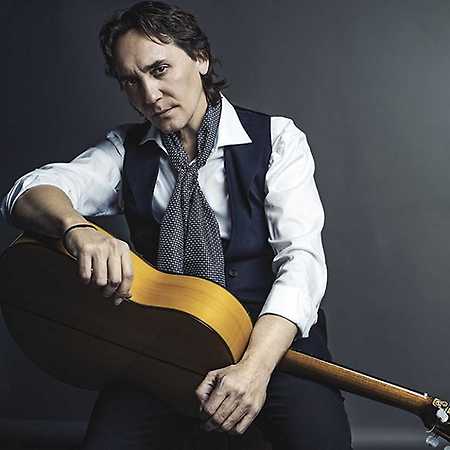 Vicente Amigo was born in 1967 in Guadalcanal (Seville area), grew up and lives in Cordoba. Playing the guitar since childhood, his first teachers were El Tomate El Merengue de Cordoba. But to be fully developed under the guidance of Manolo Sanlucar and realizes she wants in her life towards music – playing flamenco and charmed the whole world. Began his career as a rhythm guitarist and vocalist El Pele in 1988 started a solo career. In this year he won his first prize in the prestigious CONCURSO Flamenco Internacional de Guitarra. This was followed by many other awards.