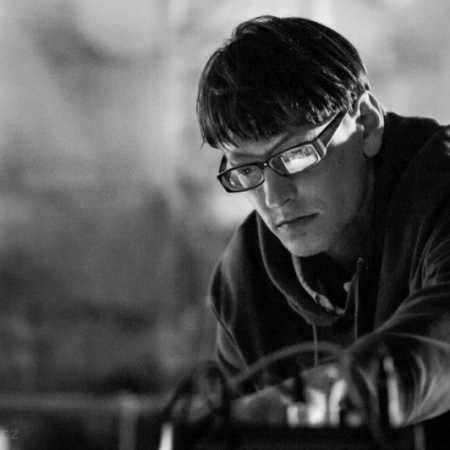 Currently it is especially important Vtípilová collaboration with legendary underground band DG 307, with which not only performs regularly, but it is also the sole author of the music of her album from 2013 called life? Or the vicious circle?, Which is the critics very well received. The main character DG 307, the poet Paul Zajicek, music also accompanies his literary readings. Another Vtípilovým constant musical project is “street šraml” URBAND, acoustic trio focused on the interpretation of urban folk, blues, jazz and šraml. In this group Vtípil act as a singer and violinist. The band was formed in 2002 with the intention of practicing busking on the streets of cities (hence the name), it is currently not URBAND frequent guest at various clubs and festivals all over the country and abroad. Yet to his “street” roots like reports and busking sometimes returns. The German rapper Maxiliánem Bilitzou (pseudonym Niemand), with whom he met at a workshop in the Netherlands, where Vtípil rode a winner Slam poetry, recorded an album and Neuland’s still occasionally performs with him. On the basis of improvisation and multi-genre synthesis is based collaboration with jazz musicians Radim Hanousek and Ivan MANOLOV in clusters simply called Trio Vtípil-Manolov-Hanousek. Lately we can also mention the very significant contribution to the album Vtípilův Buskers burlesquers folk-rock singer-songwriter Marcela Cross.

Tomáš Vtípil is also widely applied in the context of his solo concert and performative activities in the field of electroacoustic music, improvisation and copyright text. In 2010 released a solo LP Do Not Eat – Throw Away. In 2013, he released a split LP with the group Frequently Asked Questions named RRRRRR / FAQ. Further plans to release a solo album by the end of 2013. Among the recent achievements include twice the copyright participation at the international festival of new music exhibition in Brno Philharmonic production. For the year 2013 passed an order to this festival orchestral / choral song tunes home. Further the participation in the exhibition Membra disjecta for John Cage in Vienna MuseumsQuartier or realization of musical-visual installation Spinne Stim in Leipziger Baumwollspinnerei in collaboration with artists from the group Moire. – Translated by Automatic service