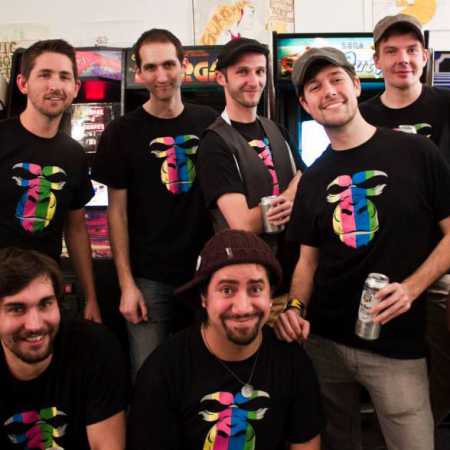 Ting’s eight international band from Prague, which combines many styles. Their music draws from sources such as reggae, ska, dancehall, drum n bass ´, swing, rock, and hip hop. By mixing everything together, the band has created its own style, which they call themselves “Praggamuffin”. The band is fronted by singer and multi-instrumentalist MC Turner//USA, which after a few years spent traveling the world (Jamaica, Iceland, France), settled in the Czech Republic. Together with his brother Miller and drummer Omar/USA//MEX/make up the rest of the band Czech musicians.

In 2013, the band released their debut CD “Man vs Wild”, which was christened on a joint concert with the American legend of ska The Toasters. For this album obtained the Angel award in the genre of Ska & Reggae. The band’s repertoire consists of their own compositions with the English lyrics with Politico-social theme. The band played its scope on one stage together with names like: Irie Révoltés, The Toasters, Big Mandrake, or a hundred animals. – Translated by Automatic service