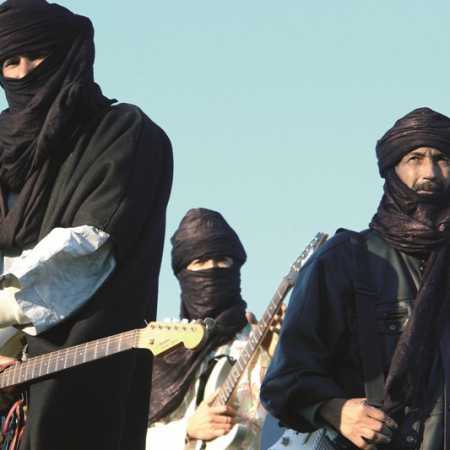 Desert blues, music neoplasm of the Sahara, was created by linking electric guitars with laconic, minimalist songs of desert nomads who are musicologists as one of the roots of American blues. The founder of the genre was already deceased guitarist Ali Farka Toure of Mali, Tinariwen group popularized it. The latest discoveries in the Sahara is set Terakaft, translated Caravan, whose style is described as desert rock. Terakaft founded KEDO singer and guitarist, who along with Tinariwen part of the resistance and the Saharan Tuareg communities a celebrity.

Today is a leading Terakaft guitarist diary, which was also at the beginning of Tinariwen and participated in their earliest albums. Its sharp rock style is compared with Keith Richards of the Rolling Stones, the song of freedom and chaos are authentic desert pop songs. The group debuted in 2007 at the legendary Festival in the Desert, where concerts and Robert Plant. Although the invasion of Islamists in northern Mali musicians tragically affected, Terakaft spoke with Tinariwen in concert at the Paris Olympia, their last album produced by Justin Adams, guitarist Robert Plant and the last group was selected by a jury in the world’s biggest world music festival, festival Womex. – Translated by Automatic service