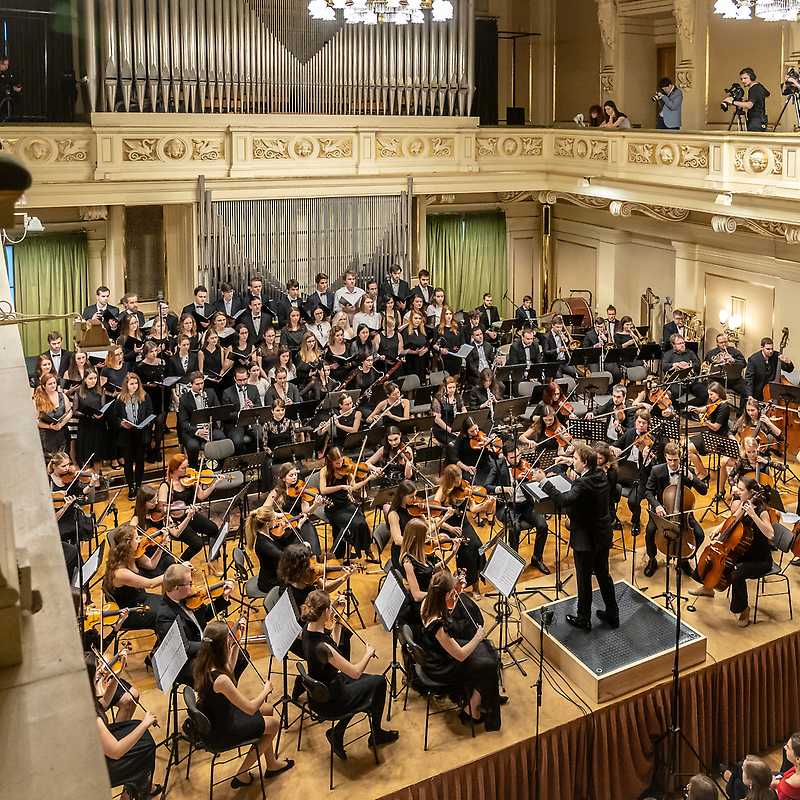 The Faculty of Arts Symphony Orchestra HE founded in October 2005, Martin M at the Institute of MUSICOLOGY, Masaryk University.

From the beginning of the body acting under the name M Chamber Orchestra, but since 2007 the file passed to the naming of the Chamber Orchestra of the philosophical faculty, which became official in 2008. Another change came in the year 2011, when the Orchestra was renamed to the current Symphony Orchestra FF MU.

The Orchestra’s repertoire includes works from the baroque to the present. The philosophy and goal of the Orchestra is to perform a less popular works, and such songs that are played either sporadically or not at all. Mediation of such works the audience is responding to ever-narrowing and almost single repertoire other ensembles.

In the season 2007/2008 the Orchestra in two concerts accompanied theater performances successfully. The advantage is a young team and up to four concerts per academic year. Performance repertoire unfolds according to the possibilities of the current player of the Assembly. – Translated by Automatic service