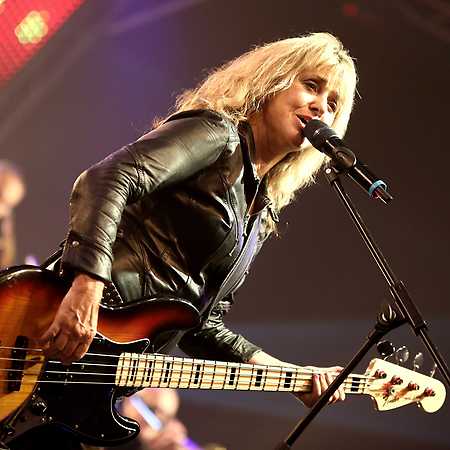 Suzi Quatro, Suzi Quatrocchio, on its own behalf was born 3. 6. the 1950 's. In childhood and youth are taught on the piano and drums, and when she was 14 years old, her father gave her the first Fender Precision bass (which was still in 2007). His first group – Suzi Soul & The Pleasure Seekers-founded with her sisters still in the same year. This girl band graduated from, inter alia, a tour of u.s. military bases, Suzi later described without sentiment, as they had to wear skirts and wigs, and most of the performances took place in cabaret theatres, where it depended more on how they look than how they’re playing and singing.

In 1970, he invited to England Suz producer Mickie Most, who earned her the promise of support in her own career and “make a new Suzi Quatro”. She had an offer from the Director of the American Electra Records, to become “a new Janis Joplin,” which would have filled the gap left by the deceased legend, but the singer refused. She prefers his own career in the uk, which has brought her success in the 1970s and a series of hits: Can The Can "(1973, 1 place the English charts), 48 Crash (1973), Devil Gate Drive (1974, 1st place in England), performed If You Can Give Me Love (1978), or a duet with Chris Norman of Smokie Stumblin ́In Suzi Quatro was the first woman in the rock took over until then exclusively male dominant role within the band as a singer and a musician. In principle, was the first rock frontwoman. It has identified for its pattern of Chrissie Hynde of The Pretenders and baskytaristka the legendary Talking Heads Tina Weymouth. Suzi Quatro has appeared in many films, among other things, in one episode of the detective series Dempsey and Makepeaceová or murders in Midsomer murders. She performed also in the theater and is currently chaired by each week your own rock and roll show in the British radio station BBC 2. – Translated by Automatic service