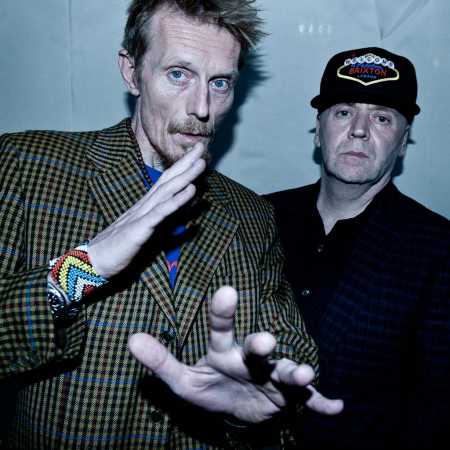 Stereo MC’s are considered one of the world’s best live dance formations, which shows more than 20let on the world stage. Stereo MC’s are often tagged as one of the most important music icons of England. Stereo MC’s have completed a joint tour with U2, Peter Gabriel, Happy Mondays, Lenny Kravitz, and with many others.

The enormous worldwide success of Stereo MC’s in the 1990s of the last century and in the first 14 years of this century was achieved thanks to their original mix of dance music with hip-hop, which helped change the face of the music scene in Europe. Stereo MC’s released 9 studio albums, 1 compilation, had several hits including the world Connected, Elevate My Mind, Step It Up, Ground Level, Creation, Lost in Music, or Deep Down and Dirty. Stereo MC’s won a plethora of music prices around the world and sold several million albums worldwide. Stereo MC’s current report is: Rob Birch (vocals), Nick Hallam (electronica), Owen If (drums), Cath Coffey and Aina Westlye (backing vocals).

Stereo MC’s are the exception to all the rules. Hip-hop band that I like rock fans. Dance band, which is popular with fans of the independent scene. Stereo MC’s did a big name thanks to cooperation (production and remixing) with such stars, such as. U2 or Madonna. Stereo MC’s in the limelight helped the bands such as Jurassic 5 and Finley Quaye. – Translated by Automatic service