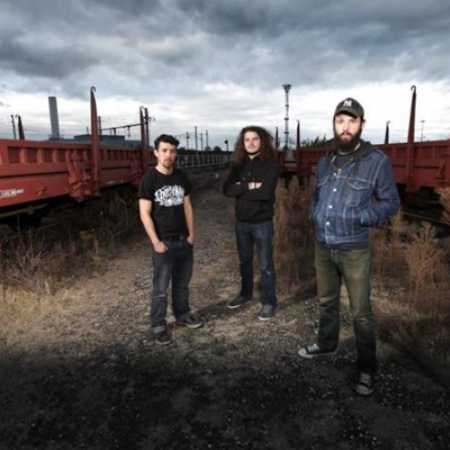 Sofy Major is a French trio from Clermont Ferrand, which is perhaps in the van was born. The sound pretty similar approaches such as band Unsane. It is a cliché, but their ultra heavy sludge is seriously rolls as Releasing the steam cylinder. In 2012, we experienced solid mess – to tour the States just at a time when there raging hurricane Sandy. The result? Just before the tour van in a grove backline in the grove. New York was suddenly richer by gang of homeless people in France. But it did not give up and to the surprise of the tour really left. These guys just have a strong will survive anything. And their music is felt. – Translated by Automatic service