Pianist Shai Maestro was born in Israel on February 5th 1987. He began playing classical piano at the age of 5. His first exposure to jazz music was at the age of 8, listening to Oscar Peterson's "Gershwin Songbook". He was later accepted to the Thelma – Yellin High School of Performing Arts in Givataim where he completed his studies with honors. While taking extended literature classes, Shai was one of the few students combining a major in the jazz and classical departments along with his regular studies. While still a sophomore, he received a full tuition scholarship to attend Berklee College of Music's 5 weeks Summer Program for two consecutive years. While on a concert tour in the US he auditioned to Berklee for the 4-year program and also received a full tuition scholarship.

Maestro currently resides in New York were he is gaining recognition from his peers and the media, and is performing regularly with the best jazz artists in many jazz clubs and concert halls, alongside classical recitals. Shai has performed with world known musicians such as Jimmy Green, Jorge Rossy, Myron Walden, Donny McCaslin, Matt Penman, Scott Colley, Clarence Penn, Ari Hoenig, Gilad Hekselman, Nate Smith, Harish Rhagavan, Mark Guiliana, Antonio Hart and Diego Urcola to name a few. In 2006 Maestro joined world known bass player Avishai Cohen for touring all over the world. Playing in such venues as the Blue Note in NY, Ronnie Scott's in England, The Olympia Hall, Salle Pleyel, and the Bataclan Theater in Paris, Vienne Jazz festival, Marciac Jazz festival, Cork Jazz Festival, Yoshi's (San Francisco), Zaragoza JF, Vienna Concert house and many others. Several shows have been recorded to Mezzo channel and are broadcasted regularly throughout Europe.

In May 2011 Maestro departed from Avishai Cohen's band to pursue his way as a band leader, composer and arranger. Shai Maestro Trio was formed in July 2010 after a session in studio in Brooklyn. The other two members of the trio, Israeli drummer Ziv Ravitz and Peruvian bassist Jorge Roeder reside in NY as well. "The connection between the 3 of us was so strong that we naturally became a band. It was very obvious" Says Maestro. Since then, the trio has been touring world wide, playing in festivals, concerts halls and jazz clubs receiving incredible response from audiences all over. Their debut album, simply named "Shai Maestro Trio" was released under the french label Laborie and immediately found it's place in iTunes top 5 jazz chart in France. "This is just our beginning as a band... there is so much to do and the options are endless. I'm very curious to see where all this is going to.." Said Maestro then. The newest release The Road To Ithaca shows they are on the right Road... 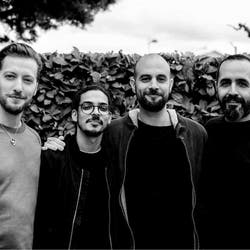 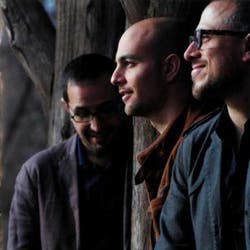