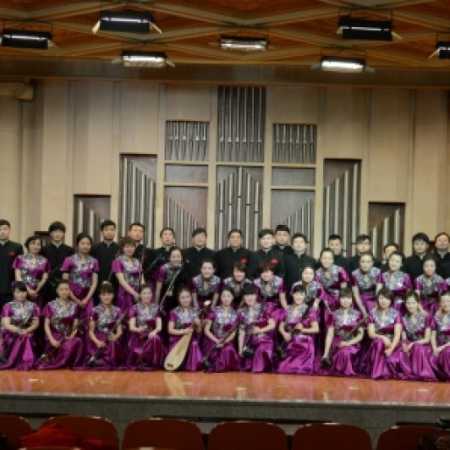 Orchestra Shaanxi Broadcasting Chinese Orchestra was founded in 1950 and today is among one of the oldest and most respected professional orchestras in the traditional western China. For more than 60 years he has performed in many famous traditional Chinese artists. In recent years, the orchestra has been incorporated into many young musicians – absolvoventů of the leading conservatories in China, which fully completed the artistic image of the body. Until now completed various orchestra toured the United States, Japan and many European countries. – Translated by Automatic service