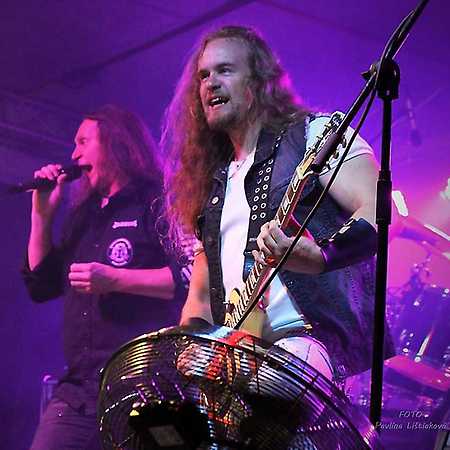 Czech music group founded Salamandra guitarist Paul Sliva, who had been implemented in speedových and melodic metal bands. CD debut of Twilight Legends was recorded in October 1998 in the studio Citron. The album is a fine mix of melodic metal with gothic elements, wild passages alternating with decent moderation. The positive reaction of the media accompanied by extraordinary favor of the audience. In addition to regular club performances come the first big concerts and festivals. Also noteworthy is the fact that the group was approached by Helloween fan club that has contributed to the tribute album dedicated to these legends. – Translated by Automatic service