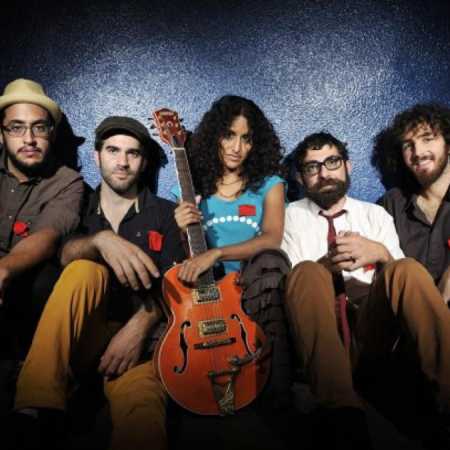 “Our music reminds street party at the intersection from all over the world during the New Year's Eve,” said Rupa Marya. With playful humor Amélie Poulain and uncompromising wording of socio-ecological activists intend to people what the world negatively affect the intention of fighting, the more the need to be challenged to reflect. “But to be an artist means to be primarily an observer of life, the narrator in the tradition of bards who traveled from place to place and telling people stories, which could take a lesson,” says Rupa.

American Indian-born immigrants lived for years with his grandparents in Punjab and in southern France, the cultural diversity of the world is thus at your fingertips. His pain: a musical career until recently divided into two halves with the work of doctors at the hospital. Cosmopolitans – drummer Aaron Kierbel, Safa Shokrai double bassist, cellist Misha Khalikulov and trumpeter Mario Silva – have sufficient prior experience of klezmer, jazz, blues, rock and singing guitarist Rupo because since 2006 defy genre categorizations and desert into a nice wild ride through place and time. Even today released three excellent, Album: Extraordinary Rendition, Este Mundo and latest Build, which included a quirky adaptation of the famous song Guns of Brixton by The Clash.

The boards have taken the critics and the general audience appreciating the RUP and The Fishes as a great concert band. Joined well as Manu Chao, Los De Abajo or Rodrigo y Gabriela, which opened for many times. A name The April Fishes? Well, you should be careful. On April in France because they have a habit of people surreptitiously stick paper fish on the back with crazy messages. – Translated by Automatic service