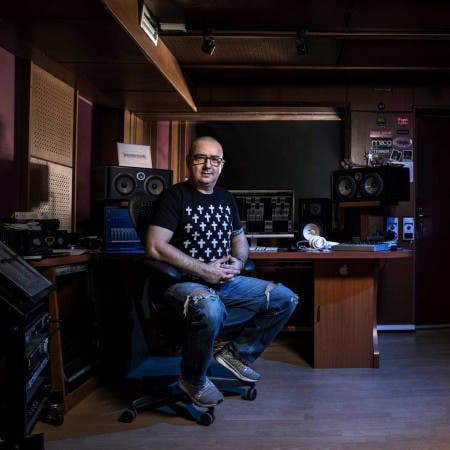 Civilian behalf Sokolovski aka Mr. Risto Risto not for a lot of people who are coming, just grazing the current rap scene not unknown. It is co-founder (1986) and the first rapper legendary rap band of pirates (Hip Hop Satellite), a member of the Project Over 3 Dixxx and Captain Love.

She is also responsible for directing a wide range of music videos with several nominations for prestigious awards such as Orion (I hear my name), James Cole (Captain Love) SuperCrooo (Korleone / Where), Vladimír 518 (Kung fu rap), LA4 ( Gyzmo vs.-X strain) Niceland (Come On).

After years on the Czech hip hop scene returns to the creation of tech-housových beats but also as a DJ. In 2013, issued together with DJ Trav, Live Chapeau mix as The Lazy Lizard (Risto & DJ grass). Currently it is ready for a release solo EP project Love Me Well, which participates in creating and DJ Grass and yards Helešic. In preparation for the next mix-album with DJ grass. It is co-owner of the audio postproduction, Barrandov Sound. – Translated by Automatic service