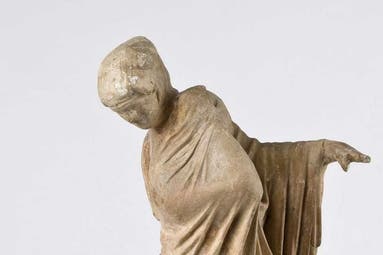 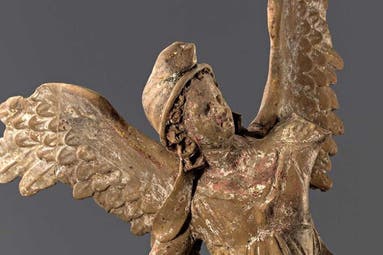 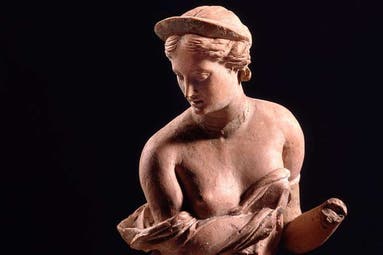 Quantity and Quality The World of Greek Terracottas

For many centuries, figurines were made of fired clay in ancient Greece and beyond. Until recently, researchers regarded these clay figures as cheap, mass-produced goods of no great significance because of the material used to make them and their small size. And yet, these colourfully painted figures possessed the most startling, lifelike appearance. Today, however, it has been revealed that they always had an important function in ancient daily life. The exhibition Quantity and Quality at the Altes Museum will focus on the contexts in which clay figures were used, and provide new perspectives on this often overlooked medium.

In antiquity, clay was one of the most versatile and easiest materials to work with. Figurines made from clay are particularly fascinating because of their bright colours and rich detail, which have often been preserved to a great extent up to this day.

The Antikensammlung is in possession of a large number of often simply designed terracotta objects. With the help of moulds, they could be copied or varied cheaply and easily, which made them affordable for everyday people. But clay figures were also popular among the social elite. This is impressively demonstrated in the figurine known as the Heyl Aphrodite, a true masterpiece of ancient craftsmanship.

A wide variety of themes were captured in clay, from popular myths to bread baking. Terracotta objects were found in many areas of private and public life: in the household, in temples, and also in graves. To this day, researchers are still intensively investigating the function of, and meanings behind, the clay figures in these contexts. Since most of the objects in the museum come from the art trade and their exact place of discovery is often unknown, they have often been excluded from scholarly debates in the past.

This exhibition will present examples of the different contexts in which these clay figures were used in ancient Greek society. Visitors will be able to experience the diversity of ancient terracotta figures across a broad temporal and geographical framework. In addition, the exhibition will look at questions pertaining to the production and reception of this genuine “mass medium” of antiquity.