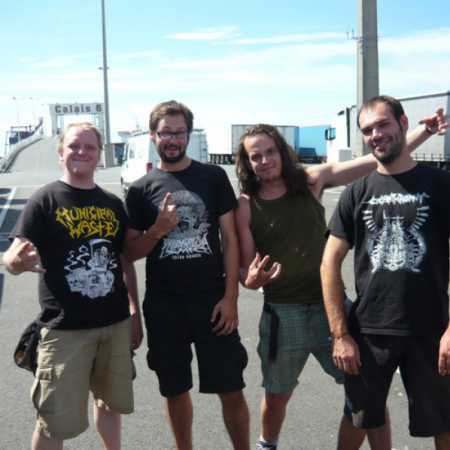 Industrial death was established in late summer and autumn of 2003. The founding members are originally wanted to entertain towards mindless extreme music, but somewhere went wrong and the band began to take a different direction. The texts began to appear social and political issues. Has the group members happened to many concerts and went to several foreign tours. The band released several albums and is currently still active. – Translated by Automatic service

To Leave A Trace