Pat Mastelotto, real name Lee Patrick Mastelotto, is an American drummer and percussionist, since 1994, a member of the rock band King Crimson.

Mastelotto started playing the drums in their 10 years in the 16 years he served in various local bands. After moving to Los Angeles in the mid-1970s. years 20. the century began as a Studio player. Gradually he collaborated e.g.. with Al Jarreauem, The Pointer Sisters, Patti LaBelle, Kenny Logginsem or Martikou, also co-produced the album twice Platinum Rockland (1989) the Canadian guitarist Kim Mitchell.

In 1983, Pat Mastelotto, he co-founded the pop rock group Mr. Mister, which released three albums, of which the Welcome to the Real World (1985) in early 1986 and stayed in first place in the ranking on the Billboard 200. After the collapse of the Mr. Mister in 1989 again Mastelotto worked as a studio musician. Played with XTC, The Sugarcubes, Hall & Oates, Cock Robin, The Rembrandts, Eddie Money, Tina Arena, David Sylvian, and others.

Just for Sylviana became acquainted with Robert Fripp as that in 1994, invited as a second drummer, into the renewed progressive rock group King Crimson. In the mid-1990s. the band recorded the EP years Vrooom (1994) and the album Thrak (1995). After the subsequent break, when they called. projects (the ProjeKcts), and after the downsizing of the number of musicians (Bill Bruford left in 1997), King Crimson again began to act in 1999 and gradually released the album The ConstruKction of Light (2000), the EP Happy with What You Have to Be Happy With (2002) and the album The Power to Believe (2003). After a tour in 2003 to the last Board left from the group, Trey Gunn, Tony Levin, he returned, but the band stopped actively Act. Only in 2008 took place the smaller u.s. tour with a new Member, drummer Gavin Harrison and perkusionistou. After the next break was restored in 2013 in a new cast with Mastelottem as one of the three drummers.

Pat Mastelotto cooperates on an ongoing basis, for example. with Terry Bozziem, Tony Levin and the California Guitar Trio. Along with Trey Gunn is a member of the projects here and Ktu was founded in 2008 in which the HoBoLeMa supergroup also operates. 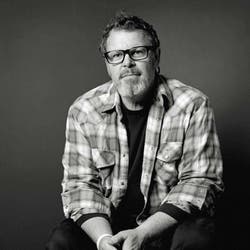 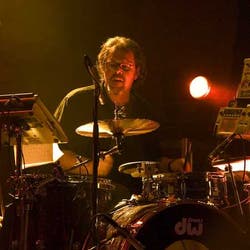 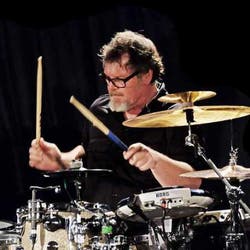 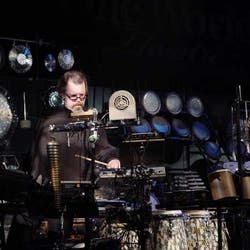