From an early age, theatre and music have been Olivier Schneebeli’s core interests. He studied orchestral conducting with true masters such as Pierre Dervaux and Jean-Claude Hartemann, but it was his encounter with Philippe Caillard, one of the great pioneers of the French choral revival, that most influenced his future career.

His passion for early music, and especially for French Baroque music of the 17th and 18th centuries, has secured him conducting posts with the Counterpoint Ensemble with whom he has realised numerous musical projects since the 1980s, and the choir Les Petits Chanteurs de Saint Louis. In 1987 Olivier Schneebeli was a co-founder of the choral ensemble of Les Arts Florissants conducted by William Christie. In the same year, he became Philippe Herreweghe’s assistant at the Chapelle Royale and the Collegium Vocale Gent and was invited to collaborate on the much-praised recording of Fauré’s Requiem with the choir of the Chapelle Royale and Les Petits Chanteurs de Saint Louis.

In 1991 he was invited to become the musical director of Les Pages et les Chantres of the Centre de musique baroque de Versailles. The choral school offers professional training programme for adult students as well as part-time music education for children.

In his conducting career, Olivier Schneebeli has specialised in the rediscovery of the great masterpieces of the 17th and 18th century French sacred repertoire. In the many programmes organized by Centre de Musique baroque de Versailles, such as Jeudi Musicaux, the weekly concerts at the Royal Chapel, and in concerts all over France and abroad, he has presented with Les Pages et les Chantres many beautiful but yet unpublished pieces by Lully, Charpentier, Robert, Du Mont, Moulinié, and Bouzignac. 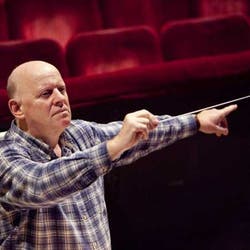 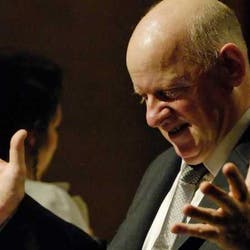