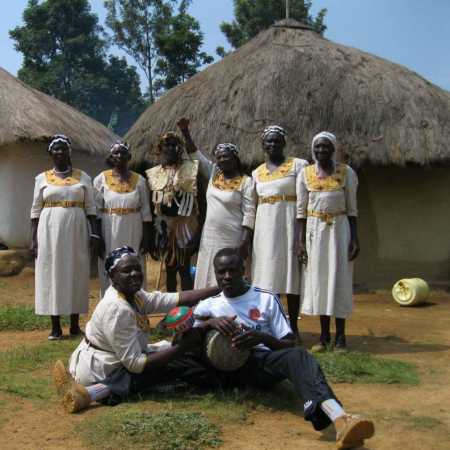 If Kenya is situated in Africa, but in Europe, the song called “dodo” would long ago have been entered on the list of intangible heritage of UNESCO. This is a unique genre that may sing only adult women-and that the Europeans to appear this year, thanks to the album, which is based on the renowned British brand of Honest Jon’s. For example, in the past has brought Africa inspired by Damon Albarna of projects the Group Blur. At the Prague concert album to inaugurate the biggest living icon of the genre, almost eighty years ' singer Ogoya Nengo, its purely feminine group.

The theme of her songs is the life, death and even Barack Obama, whose father was born in Kenya, not far from her home, on the shores of Lake Victoria. The song of the dodo are functioning in society as a channel of communication through which the women reach out to the public. There is a place for satire, criticism and educational sermon. There are songs that criticize the aggressiveness of the police, judges, or the unfairness of his cheating partners. Unlike the dances of the young generation to songs free, swinging rhythm accompaniment consists of a delicate pulse chřestítek next to the drum and other percussion, singing alternates-similar to the American blues shout and answer. The project is the result of many years of effort by the German musician Sven Kacirka of Czech origin, which Kenya on his expeditions, he toured several times. Also on the album at a concert of the singer posing as an African audience, this is a purely an authentic project, in which melds the raw spontaneity with the woman’s kindness and tenderness. – Translated by Automatic service