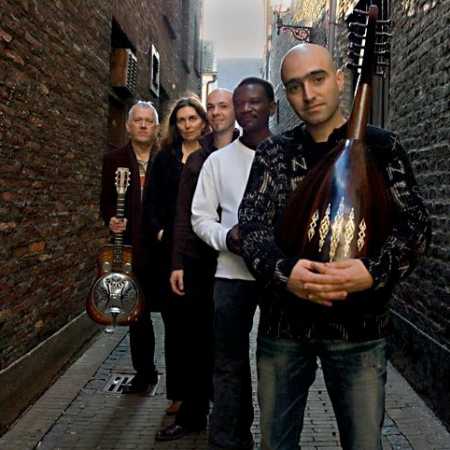 The international group is headquartered in the Netherlands and their music is really 100% Arabicanu. The link to it is obvious: a mixture of blues, country, bluegrass, rock n roll. ´ ´ WELL, of course, added to the Blues a distinct Arab flavour and poetry (the Palestinian singer and oud player of the lute master Haytham Safia) and African rhythms (Sudanese an Osama Maleegi). The remaining three Dutchmen then irresistible melody, guitar and blues vyhrávky drive.

"Absolutely unique, acoustic blues with Arabic music and a variety of other influences. Such a strange mela, on which it is amazing how holds together and is natural. Absolutely nothing violent. It’s not just a mixture of genres, but the genre, "wrote our Blues expert Ondrej Bezr.

Multicultural projects, and the interweaving of the distant styles, tools, approaches, and traditions of today no longer considered fashionable “ethnic trends”, but as a consequence of eternal traveling music. Sometimes the fact nezadaří, and the resulting projects to glide along the surface or on the edge of embarrassment, sometimes you wonder what all goes down with ease, resulting in joy and sheer beauty. And it is the since 2004 case NO Blues, causing a stir not only in the well-deserved Blues circles, but also on the world music scene.

Singer and guitarist Ad van Meurs, singing bassist Anne-Maarten van Heuvelen, and most often for the zvukařským counter is an author and singer Ankie Keultjes samples with two “aliens” fantastically added: any seams in the music WELL, you therefore Blues.

At concerts, the Group confirms the purported from excellent albums: her music, that also includes a quirky version of American country-blues standards, oscillates between the dance pohupováním and incredulous staring on the top instrumentalists and singers, suggestive of transitioning from English into poetic Arabic. – Translated by Automatic service