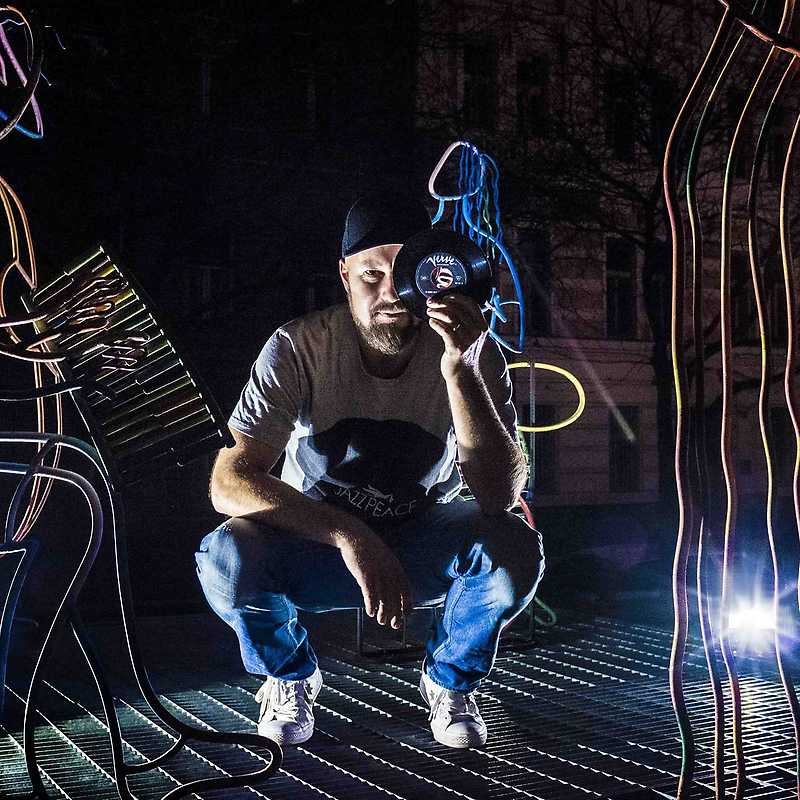 Mr.Ultrafino – co-creator of Prague jazz/funk DJ scene, strictly vinyl player with more than two decades of musical experiences. His sets are built mainly on 60’s and 70’s funk, soul and jazz but they might be just as well spiced up with disco, hiphop, latin, reggae and rare obscurities from pretty much any musical genre. Mr.Ultrafino runs several club nights, the most acclaimed of whose is the only regular funk-soul party in Czech Republic Funkopolis and highly eclectic Fúze. Last year he started the only jazzdance club night in Czech Republic called Jazz Cookies, where he began to introduce his own production and live collaborations with live musicians and singers.