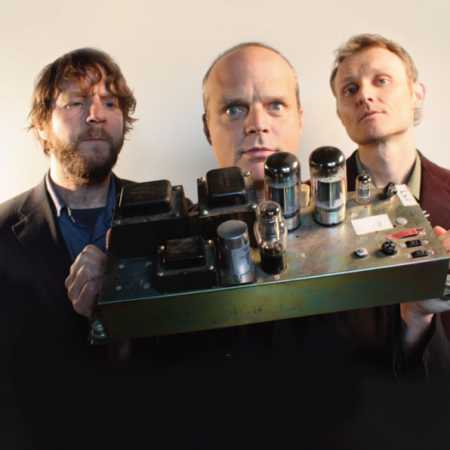 Medeski, Martin and Wood  End Of The World Party

Inherent sound of vintage keyboards Hammond, Wurlitzer, Moog, Clavinet and Mellotron John Medeskiho, Chris Wood’s bass figures and drum rhythm trance Billy Martin together form the unique and original dance-sound collage. There are many long jazz themes, but rather some fragments or fragments of melodies that blend together spontaneously and can hear the ever-changing magical power of music. This all reminds fragmentation and energy while today’s Internet time and to New York with his mix of all possible cultural influences, which is surprising in various contexts also appear in the music of MMW.

Their music draws influences from many musical styles, but also personality. Jazz, hip hop, blues, rock, gospel, electronic music and music of New Orleans to meet and mingle in the collages, which sometimes resemble film music for independent films. John Medeski highlights in their sources of inspiration as diverse musicians such as John Coltrane, Jimi Hendrix, Ludwig van Beethoven, Thelonious Monk, Larry Young and Charles Ives. Over the years, collaborated with many prominent musicians today – Iggy Pop, John Scofield, John Zorn and many others. They released a long series of albums, of which as “Combustication” or “End of the World Party” is one of the best that jazz originated in the world in the last twenty years and shows that this genre can be further developed in unanticipated directions. MMW music is wild, colorful, raw sound but very sophisticated. Cleverly draws on many areas and genres of modern Western music and hypnotic effects of MMW groove will surely dance! – Translated by Automatic service