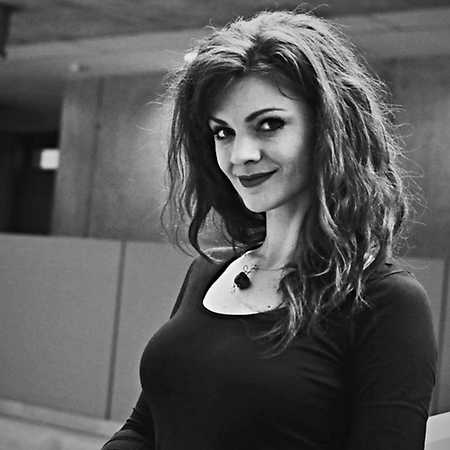 The renowned soprano who won the Grand Prize in the Barbara Hendricks International Singing Competition in Strasbourg (2008). Since the 2006-07 season she has been a regular soloist with the National Theatre Opera in Prague. Her most important roles include several characters in operas by Mozart––Fiordiligi in Così fan tutte, both Donna Elvira and Donna Anna in Don Giovanni, both Susanna and the Countess in The Marriage of Figaro, and Pamina in The Magic Flute––as well as Violetta in La traviata, Frasquita in Carmen, Adina in The Elixir of Love, Antonia in The Tales of Hoffmann, Penelope in Gloriana, and Bellini’s Norma. She also appears in other opera houses both in the Czech Republic and abroad: in Brno, Regensburg, Mannheim, Rennes, Luxembourg, Versailles, and elsewhere. A major part of her repertoire consists of Baroque music, in which she collaborates with the important specialized ensembles Capella Regia Praha, Collegium Marianum, Collegium 1704, and Camerata Nova.