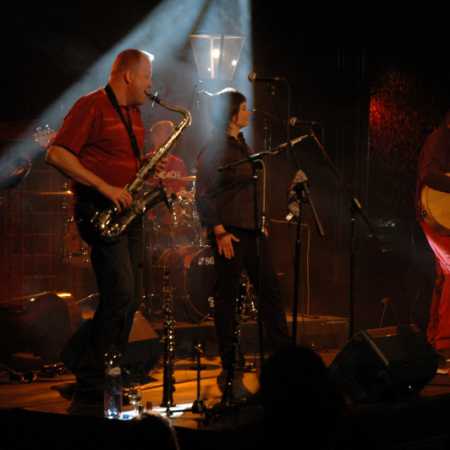 The band under the name Majerová braking table acts on our stage since 1992 and since then released five regular albums, of which Gabreta is rated as one of the most important albums of the nineties to the Czech scene. The characteristic sound of the band is due to the use of saxophone, clarinet, mandocella, electric guitar, cello, fretless bass and drums. These tools take turns during a concert in the hands of four musicians – multi-instrumentalist, headed by the band is an excellent singer Alice Holubova, which many know from her home Hradistan band. The band plays a cross-section of his repertoire, a “best of”, as it captured the recent live album, recorded Night echoes. Music is a very peculiar Majerovek, genre is somewhere on the border folkrock and world music. Texts are guided počeské landscape and its ancient tales.