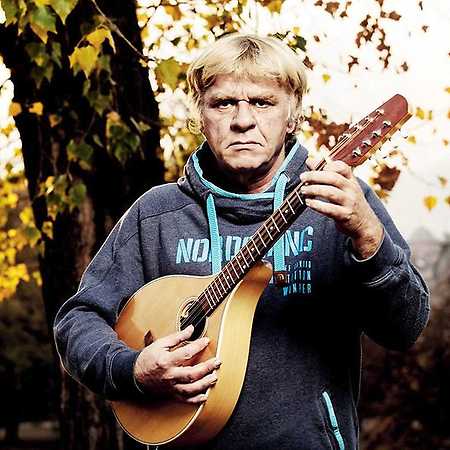 Karel Plíhal is guitarist, singer, composer, lyricist, musical director and arranger. He graduated from the industrial College of engineering in Olomouc, then worked as a designer and boilerman in the Olomouc Theatre, and eventually became a singer (even though he had no musical training). The guitar plays from 15 years. First played in various underground country-swing bands, false slouch with the players and the Plíharmonyje. The first solo performance was in 1983. Karel Plíhal is quadruple the holder prices a competitive music festival Porta.

Soft and playful Poetics, Chamber atmosphere. Everything in the form of intelligently humorous, often ripe self-ironic texts or short veršovánek of quoting or additional individual songs. Speech, which cannot be emulated. And above all: the famous guitar arts. Plíhal is guitarist chapter to herself. A man could this guitar samouka listen and stubbornly and in no case would bring fascinating assignments would be bored. Waltzes, blues, Latin rhythms, swing and his typical náladovky fiction unmistakable enlarged and smaller durovými chords – all handles with ease and bravado. Plíhal – it is a strong, positive “energy collapsed not in sugar”, but the singing, reciting and games. It is an experience to hear from the player or Plíhal-read his veršovánky. About something else but it is to perceive the atmosphere of its concerts. – Translated by Automatic service