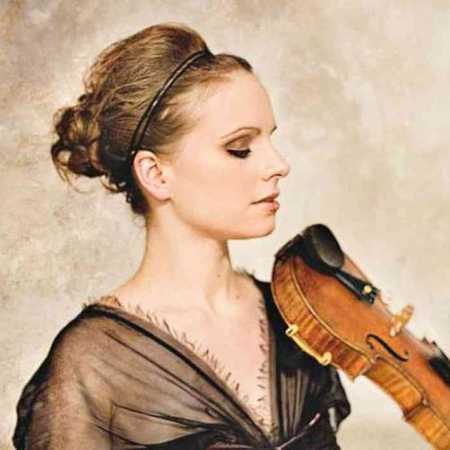 German violinist Julia Fischer is recognized worldwide for possessing a talent of uncommon ability and as an exceptionally gifted artist, reflected in the numerous awards and effusive reviews she has received for both her live performances and recordings, including being named “Artist of the Year” at The Gramophone Awards in 2007 and “Instrumentalist of the Year” at the 2009 MIDEM Classical Awards.

Julia Fischer will open the 2013-14 season with a tour through Germany with Academy of St. Martin in the Fields. As Artist in Residence at the Dresdner Philharmonie she will perform the Brahms violin and triple concerti under the baton if chief conductor Michael Sanderling, tour Asia with the orchestra and appear in further chamber concerts throughout the season. In November and December 2013, Ms. Fischer will appear in recitals in major European venues including London’s Wigmore Hall, Musikverein Wien, Palais des Beaux Arts in Brussels and at the Berlin Philharmonie amongst others. The tour program will feature repertoire from her new CD which will be released on the Decca label at the same time: Pablo Sarasate’s works for violin and piano op. 20-24 and 26-29. In the United States, she will perform in subscription weeks with the Cleveland Orchestra and San Francisco Symphony with music directors Fanz Welser-Möst and Michael Tilson Thomas respectively. At New York’s Carnegie Hall, she will appear with the St. Petersburg Philharmonic under the baton of Yuri Temirkanov.

A highlight of Ms. Fischer’s 2012-13 season was her debut with the Vienna Philharmonic Orchestra with both, the Beethoven and Salonen Violin Concerto under the baton of Esa-Pekka Salonen in April 2013 – “a debut which could not have been more impressive” as Austria’s Die Presse attested. Coinciding with Decca’s release of the recording of Bruch’s Violin Concerto No. 1 and Dvorak’s Violin Concerto in spring 2013, Julia Fischer embarked on a tour of Germany with the Tonhalle Orchestra Zurich and David Zinman. Two years before she gave her acclaimed debut with the Berlin Philharmonic under Sir Simon Rattle at the Salzburg Easter Festival.

Born in Munich, Ms. Fischer began learning the violin at age three and soon thereafter started taking piano lessons. Throughout her career, Ms. Fischer has always maintained her piano studies. In 2008 she made her professional piano debut at the Alte Oper Frankfurt performing the Grieg Piano Concerto with the Junge Deutsche Philharmonie and conductor Matthias Pintscher. On the same program, she performed the Saint-Saëns Violin Concerto No. 3. A DVD of this concert, recorded by Unitel Classica, was released by Decca in September 2010.