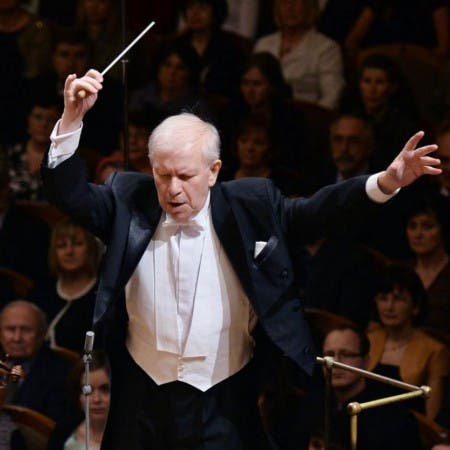 Jiri Belohlavek was born in Prague in 1946 and from early childhood showed affection for music. From the four years he was a member children’s choir and soon began teaching and playing the piano. For Professor Charles Pravoslava Sádlo studied cello, then continued his studies at the Prague Conservatory and Academy of Performing Arts. In that time he has conducted the first concert under the guidance of Robert Brock, Alois Klima, Bohumíra Fox and Josef Veselka.

Jiří Bělohlávek was one of the most respected conductors in the world of music today, appreciated above all for his precision in preparing works for performance and for his responsible approach to the score. When conducting abroad, he was systematically programming relatively little-known Czech works and Czech composers; for example during his many years of successful work with the BBC Symphony Orchestra he repeatedly led works by Josef Suk and Bohuslav Martinů. Upon assuming the post of chief conductor of the Czech Philharmonic in 2012 one of his first initiatives was to make a new complete recording of the symphonies of Dvořák for Decca. He also worked as a teacher, served as President of the Prague Spring International Music Festival, and was involved in a plan to build a modern concert hall in Prague. He holds the Order of the British Empire among many other prestigious honours; in 2014 the Academy of Classical Music awarded him the Antonín Dvořák Prize. Jiří Bělohlávek died after long illness on June 1st 2017.