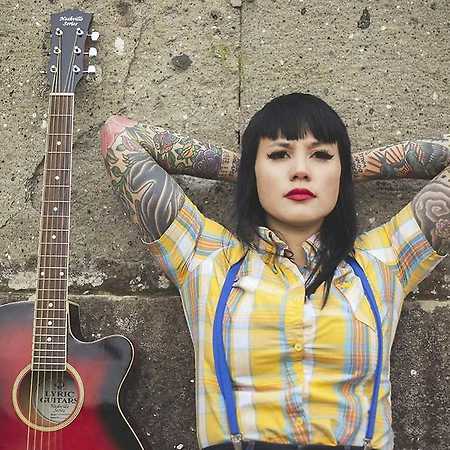 Jenny Woo, born and raised in Alberta Canada, has been playing lead guitar in Canadian oi! bands such as the Kroovy Rookers for a number of years. Playing loud, aggressive songs about drinking beer and partying hard definitely spoke to Jenny, but after awhile she decided that it was time to try for something new and different. Inspired by acts such as Franky Flame, Badlands, The 4 Skins and Johnny Cash, she wrote a few songs on her acoustic guitar in 2008 and started playing them at local pubs and punk shows.