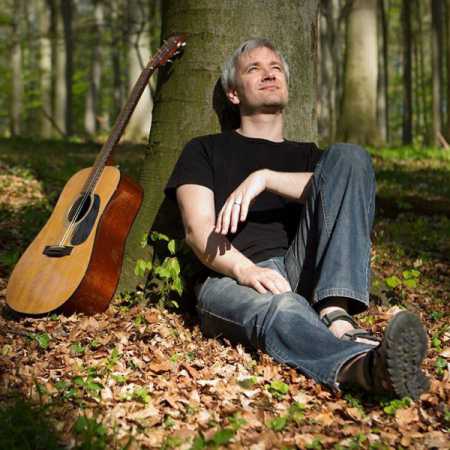 Jan Žamboch, acclaimed singer-songwriter and founder of the popular folk group Žamboši, first got the guitar in grade school. His father taught him not only the first few notes of the guitar, but also to familiarize themselves with the existence of the then artists (Karel Kryl, Jaroslav Hutka etc.) who have a large share of that guitar and music has never gone away from Jan’s life.

A joint project of spouses Žambochových, acoustic-folk-rock trio called Žamboši there since April 2002, he appeared at the folk festival Garden. Both the CD was awarded the Angel of Folk and Country. From the beginning of his interest in solo acoustic guitar. He invented his own style of playing, which uses in his compositions. The songs are inspired by trees and nature, it is possible for the first solo album “Guitar & Forest” hear the sounds of nature. Jan Žamboch won the guitar competition “Gitariáda” to Slovak. – Translated by Automatic service