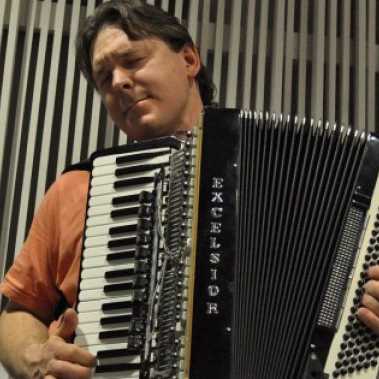 Jaak Lutsoja is regarded as one of the top accordionists of Estonia. The instrument which most people still link to the pub schrammel or, for the better, swing music, in his hands becomes – and this is similar to his famous French colleague Richard Galliano – a dangerous weapon as well as a hand that caresses.

His list of inspirations is long and exhaustive, ranging from Romani jazz to traditional Indian music. The current trio Jaak Lutsoja is closest to modern jazz and contemporary classic music. This also shows in the band’s lineup where the leader performs with the basso clarinetist Meelis Vind and double-bassist Taavo Remmel.